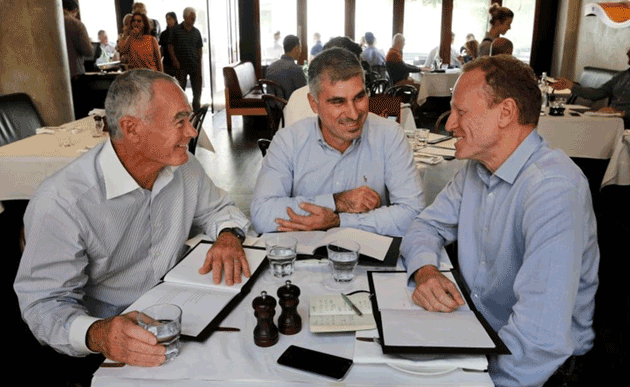 A lack of early-stage funding and venture capital in Perth is stagnating the State’s ﬂedgling tech industry, industry insiders say, with more-and-more early-stage companies forced to look east or overseas for funding. The West Australian canvassed a number of tech investors and industry experts and found a vacuum around early-stage venture capital, though a number of small-stage funds and boutique investment ﬁrms are emerging to try to ﬁll the void. About six groups, either as boutique ﬁrms, private equity or accelerators, are circling the Perth scene in a bid to boost the early-stage tech sector, while there are continued rumblings that up to two $40 million VC funds are looking to launch from July — the start-date for new tax incentives — and after the Federal election. WA has one VC fund, controlled by Yuuwa Capital, but it is at capacity. Yuuwa investment director Matthew Macfarlane said the local market could easily sustain a $20 million to $40 million fund, and he had been waiting for it to emerge.

“We’ve had a lot of IT and tech professionals returning from overseas to raise their kids in Perth and they’re creating good companies, and there’s also a lot of former mining workers with big redundancy payouts looking to invest,” he said. “Over the past six to 12 months, the deal ﬂow has increased dramatically in Perth, and it just requires risk-seeking investors and the right management team to come in and do it properly.” The east coast has been inundated with venture capital over the past nine months, with more than $900 million in new funds announced since August, but Perth’s still ﬂedgling tech scene is seen by some as a hindrance to VC funds. And despite all the moves towards alternate funding methods and rumblings from brokers and investors about “backdoor listing fatigue”, the method still remains the most vibrant for Perth-based early-stage tech plays to gain funding, with 42 listing on the ASX so far this year. Andrew Larsen, head of his tech-focused family investment ﬁrm Larsen Ventures, said the backdoor listing trend was a “chicken and egg” scenario.

“Most brokers (in Perth) are not professional investors in the area, and early-stage investment needs long-term support — it’s tough to ﬁnd that with investors that want to make a buck,” he said. He agreed with Mr Macfarlane that a $20 million-plus fund could be sustained, with WA needing “more ecosystem money”. And some money is there. Veteran Perth dealmaker John Poynton has teamed up with Perth biotech stalwart Stewart Washer and well-regarded company director Harry Karelis to form Jindalee Partners, a Perth-based but global-focused boutique investment bank.

Dr Washer described the boutique operation, which only launched last month, as a way of connecting entrepreneurs, investors and projects. Perth’s Go Capital, which recently committed $1 million to Perth start-up Health Engine, is another player to emerge.